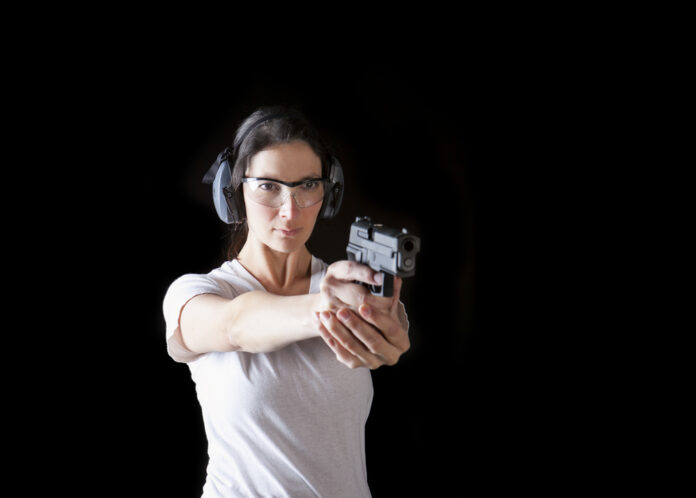 One of the common assumptions that anti-2A people run with is that government can protect you and me from criminals. They may not say that explicitly, but it is clear that they make that assumption when you begin to talk with them about enforcement and about protection from criminals.

But can law enforcement actually protect you from every possible criminal incidence (even before anti-2A people defund police departments)?

Obviously not. Just watch your local evening news any night of the week.

It gets scarier, though. See, it looks like Federal law enforcement agencies are having difficulties keeping custody of criminals who have killed numerous people. And we’re not talking about your average, everyday, garden variety murderers (had tip to here for the lead).

For example number one, there is a guy who was/is a cartel hitman. This guy had a reputation because he decapitated his victims. That’s not a typo. That guy has gone missing from the U.S. prison system. Isabel Vincent writes,

A cartel leader and hitman fond of videotaping torture sessions and decapitating likely dozens of enemies has gone missing from a federal prison in Florida, where he was serving a 49-year sentence.

As of November, Edgar Valdez-Villareal, a Mexican American cartel leader, had been mysteriously removed from the federal Bureau of Prisons website. He is now listed as “not in BOP custody” even though his release date is not until July 27, 2056.

There’s also this guy, though: a known terrorist and hostage taker. He’s probably not who you’d want to invite over for Thanksgiving dinner. Caitlin McFall writes,

The notorious terrorist and member of the ISIS cell dubbed “The Beatles,” who was serving a life sentence for the kidnap, torture and murder of western journalists and aid workers in Syria, has disappeared from the Federal Bureau of Prisons (BOP), Fox News Digital confirmed Thursday.

Alexanda Kotey, 39, was sentenced to life in prison in April after being transported to the U.S. for trial in 2020 following his 2015 capture by Kurdish forces.

But Kotey is apparently no longer being held at Pennsylvania’s high-security Canaan prison and records showed he was “Not in BOP custody” as of Thursday (January 12, 2023), though his release date was listed as “unknown.”

Not exactly the news that would tend to make people feel safe, is it?

And these situations bring us back to a true statement that we would be smart to remember: When seconds matter, the police are only minutes away. In other words, the police simply can’t be everywhere at once, and, as we see with just these two incidents, some of the most violence people appear to be on the streets of America right now. Yes, even if you’re not living in Chicago.

Which means that, if you encounter one of these violence people, the responsibility to keep you and your family safe is in your hands. Which means that you would be smart to have a firearm in easy reach at all times.

Because you may not have time to call the police before you have to pull the trigger to prevent your wife or your child (or yourself) from being the next person who is decapitated.

Anti-2A politicians won’t tell you this, so, I will: Law enforcement can’t be everywhere, and they can’t keep everyone who needs to be locked up locked up. So, you had better be carrying and trained so that you can be your own armed security.

It’s important. Train for it, and carry your firearm.

Guns207News175Reviews60Gear26Survival & Prepping24
Previous articleA Little BIGGER Bang For Your Buck: Springfield Armory’s 10mm XD Pistol
Next articleBiden Says Police Should NOT Do 1 Thing. What Does That Mean For You?
News