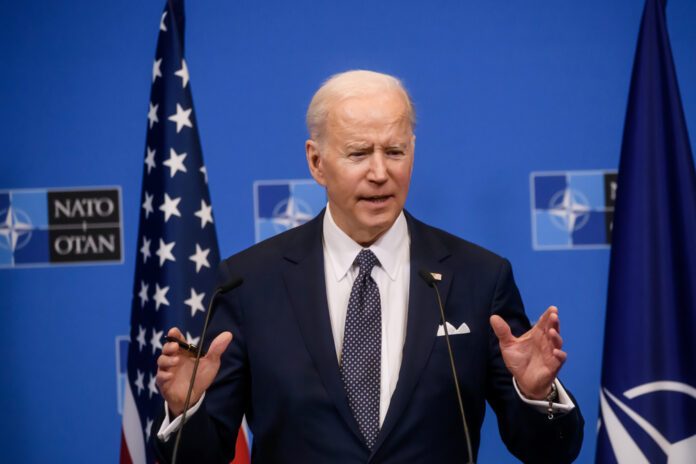 I’m just going to say it: when it comes to firearms, Joe Biden is clueless. He’s just clueless. I’m not trying to be mean or to exaggerate. I’m just stating a fact based on what the guy has been caught saying out loud.

You may, for example, remember his bizarre advice that he said that he gave to his wife to shoot a shotgun in the air if anyone tried to break into the house to scare off the intruders. Never mind the possible criminal charges that could be issued against her if she did that (you can read more about that here). The advice was so bad, so ridiculous, that someone actually took it and put it to music to mockingly make it clear how foolish it is. I’m not kidding.

You can easily find countless other examples, I’m sure.

Now, though, Biden has taken aim at law enforcement with a comment which seems pretty likely to be interpreted by anti-2A zealots as a lead up to disarming police departments in America. And we know how well that has gone in areas in which police departments have been defunded (hat tip to here for the lead). You can hear him make the comment below.

Did you hear that? He said that if a police officer needs to use their weapon, they don’t need to use deadly force.

Unbelievable. And spoken like someone who has neither been in a deadly force encounter or studied the dynamics of those situations.

But the only time that law enforcement is actually justified in pulling their firearm is when you and I are: when there is the threat of grievous violence against someone. And when that’s the case, law enforcement officers don’t have time to try to do the near-impossible task of aiming for the leg, as Biden once said that they should do.

Anyone who has ever tried to shoot a quick-moving object (such as an arm or leg) will tell you that it’s almost impossible to make that shot, so, if law enforcement officers are trying to do that, they’re either not shooting someone threatening to injure or kill a person (because they are concerned about who they might miss if they miss the person initiating violence), or they are missing the target. And the potential to harm innocent people due to missing is horrible and high.

If Biden is going to spout off about guns, then, he owes the American people the courtesy to actually respect their intelligence instead of pushing for policies that will get innocent people killed.

And if Biden is, somehow, successful in getting his foolish advice implemented in police departments, then, you will be even more responsible for protecting your family and yourself. Because even if law enforcement is able to show up quickly, they may not be allowed to shoot to stop the perpetrator.

What that means for you is that you need to train and you need to carry your firearm. All of the time.