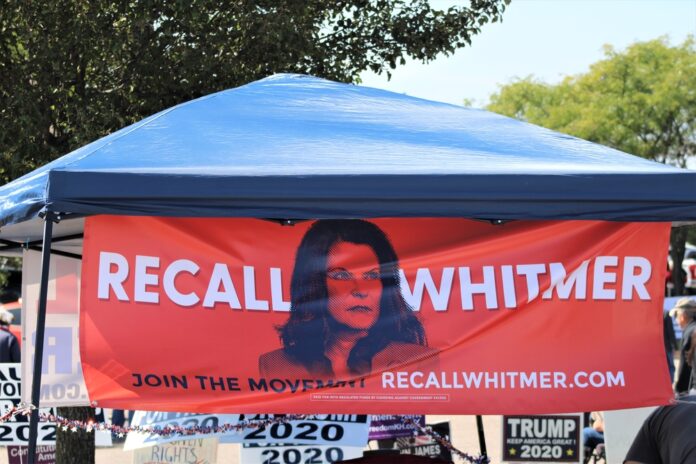 It’s fascinating (in a horrible sort of way) for me to see so many anti-2A politicians consistently push for increased gun control in spite of the clear life-saving benefits of increased private gun ownership. How can they keep pushing what they know is not true?

We can speculate about how they can keep up that cognitive dissonance between reality and what they keep pushing, but it’s clear that in some areas with heavy gun control, people are starting to get fed up with the tyranny.

Michigan Governor Gretchen Whitmer is a perfect example of this. She spouts continual support for gun control in spite of all of the evidence that gun control makes people less safe and that private gun ownership makes people safer. Yes, even when that evidence comes from her own state like in today’s story. Dave Urbanski gives us the details:

A tow-truck driver with a concealed carry license turned the tables on an armed man who allegedly tried to rob him Monday in Detroit — and shot the suspect dead.

The tow-truck driver was meeting with the suspect to buy a junk car around 9:35 a.m. in the area of 7 Mile and Kelly when he was ambushed from behind, sources told WJBK-TV, adding that the gun-toting suspect demanded everything the driver had on him.

The victim came prepared, however. The station said the tow-truck driver, who is a concealed pistol license holder, pulled out his own gun and fatally shot the suspect.

Fox News, citing Detroit police, said the Wayne County prosecutor will review the investigation’s findings, but there was no indication the tow-truck driver would face charges given that the situation appeared to be a case of self-defense.

I don’t wish death on anyone (not even those who foolishly keep trying to take my gun rights from me). Good for this tow truck driver, though, for having his firearm with him and the presence of mind to do what needed to be done to save his life and to prevent a crime.

I would hope that each of us both carry our firearm with us and train so that if we have to deal with a situation like this, we can save both our life and the lives of our families.