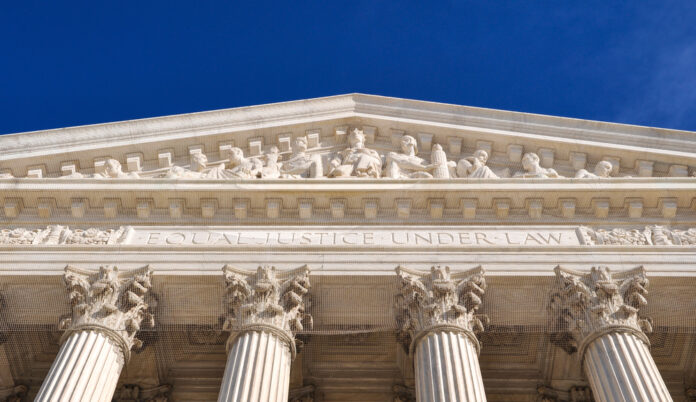 Anti-2A politicians and activist judges keep trying to steal American’s Second Amendment rights. They consistently push to implement their deluded view of what will make the world safer, in spite of the objective facts.

So, we saw in the State of New York, when the U.S. Supreme Court crushed the New York law that made a “may issue” carry permit process effectively act as a “will not issue” permit process, the governor and legislature there immediately passed an even more extreme law to try to punish the people of New York and make them easy targets for criminals (like that governor and members of their legislature).

Fortunately, there are people fighting for American’s Second Amendment rights, and one group of people doing that filed an emergency request before the U.S. Supreme Court to force the New York State government to actually follow the law and allow the people of New York to carry their firearms. Michael Clements writes,

“We have said it before, and we will say it again, states must come into compliance with Bruen,” said Sam Paredes, spokesman for the board of directors for the Gun Owners Foundation, in a statement.

The request was made to Sotomayor because she oversees the Second Circuit Court in which the stay was granted. Sotomayor can grant the request, deny it, or refer it to the full court for a ruling. If she denies the request, GOA can make its request to its choice of any of the other justices until a majority has decided.

Certainly, Sotomayor isn’t our preferred justice to have to submit that request to as she has tended to lean towards the anti-2A side in her opinions. However, she has surprised us recently with some rulings that were, in our opinion, in line with the Constitution, so, it’s possible that we could see her rule on the pro-2A side in this request.

We’ll just have to see what happens.