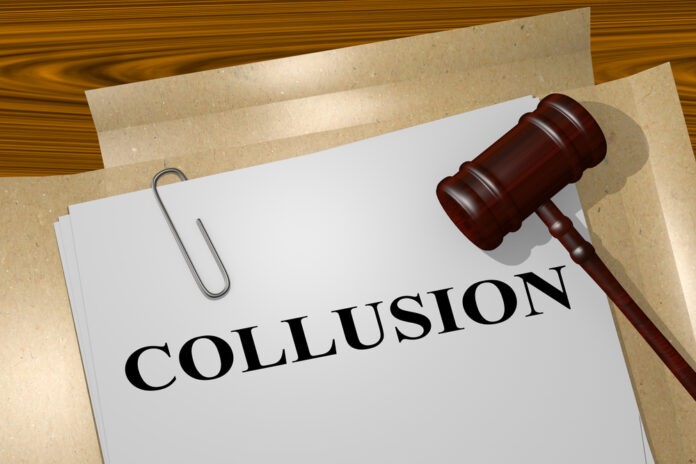 Joe Biden’s administration has had some pretty shady dealings in the less than two years that he’s been in office. From accusations that he is not mentally competent enough to do the job of being President to his constant foot-in-mouth disease misstatements to terrible results (in many people’s opinions) of his administration’s policies. It’s clear to many that the Biden administration is a train wreck that has only just barely avoided (so far) taking the country off of the tracks and into a ditch.

Particularly offensive to gun owners, though, are recent allegations that the Biden administration has colluded with certain groups to violate your Second Amendment rights. It’s not especially surprising, since Biden has cozied up politically to Beto “Hell, yes, we’ll take your AR-15, your AK-47” O’Rourke, but it is offensive in that it’s a violation of his (and everyone in his administration’s) oath of office to uphold the Constitution and of the rights of everyday Americans to keep and exercise their Second Amendment rights.

One organization is taking action, though, to bring to light the Biden administration’s anti-2A dirty deeds. John Boch writes,

It’s increasingly clear that Joe Biden has a ring in his nose and is led around by those who really pull the strings in his administration. To further expose this, the Second Amendment Foundation’s Investigative Journalism Project filed a Freedom of Information Act (FOIA) request on the Biden administration seeking to bring to light hidden communications between team Biden and the gun control industry.

As they say, “sunlight is the best disinfectant.”

SAF is seeking documentation of any and all contacts between the organizations and the White House, as well as visitor logs, looking to reveal exactly who has been coordinating with the Biden administration in its ongoing war on the gun industry, gun owners, and the Second Amendment.

This is a good step in the right direction. Once it’s out in the open who the Biden administration has been colluding with, then, action needs to be taken to punish the guilty parties.

Americans still have a Second Amendment, and there is no legal right for a government, especially a corrupt administration like Biden’s administration, to steal those rights from us.

Guns192News161Reviews55Gear25Survival & Prepping24
Previous articleHere We Go Again: Proof That Anti-2A Activists Are DOOMED To Repeat The Ugly Parts Of History
Next articleThese Texas Dads Are SERIOUS About Protecting Their Daughters
News