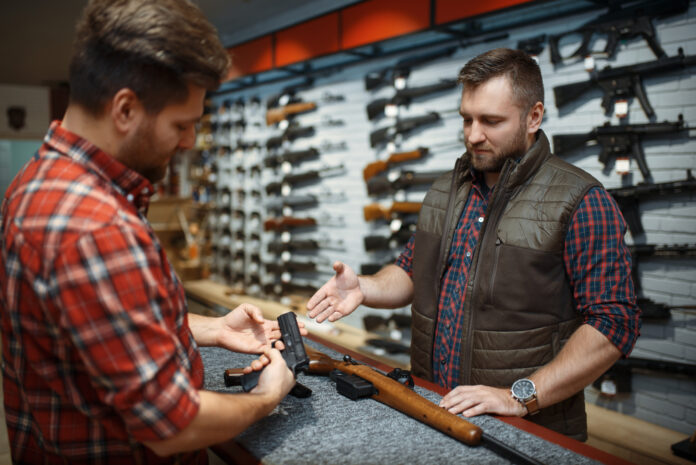 The anti-gun politicians and bureaucrats in the Federal and many state governments around the country are like a bad rash. They keep trying to come back and make your life miserable.

If it isn’t a million hoops to jump through in order to legally purchase a firearm (so that you can actually exercise your Second Amendment rights) or efforts to take your AR-15 and AK-47 (Beto O’Rourke is still saying this kind of garbage), then, it’s some other power grab that they’re trying to make in order to take your rights away from you.

Now, anti-2A state governments have taken a new tactic to try to keep tabs on what you are legally doing. Former judge Andrew P. Napolitano writes,

Under pressure from the governors of New York and California and their enormous state pension funds, Visa, Mastercard and American Express have agreed to keep a list of commercial transactions made through their credit card systems at gun shops. These credit card middlemen make more money the more purchasers spend, but this pivot to social activism, though lawful, is dangerous to freedom and manifests an antipathy to constitutional norms by the corporations whose services many of us employ without a second thought. Of course, the government involvement is unconstitutional.

The pension funds, managed by state government officials with known animosities to lawful gun ownership, are large shareholders in the credit card companies. Their public pressure on the credit card companies to do anything to chill lawful gun ownership constitutes the use of government financial power to erode Second Amendment rights, which the Supreme Court has upheld three times since 2008.

The government officials who have pushed the credit card companies to do this apparently do not take seriously their oaths to uphold the Constitution. Or, perhaps, they deceptively take the oath of office to a Constitution as they wish it to be, and not as the court has interpreted it.

So, what can you do to protect your freedoms? Well, at this time, if you’re buying from a legal gun retailer, you can’t get around the ATF’s form (and I’m not suggesting that you break the law). However, you can rob those credit card companies and the would-be tyrants in anti-2A states of your financial information by doing what Napolitano recommends in the headline of his article that was quoted above: “Use cash to buy guns.”

For the moments, you do still have that as an option.