Is The Good Guy With A Gun A Real Thing? 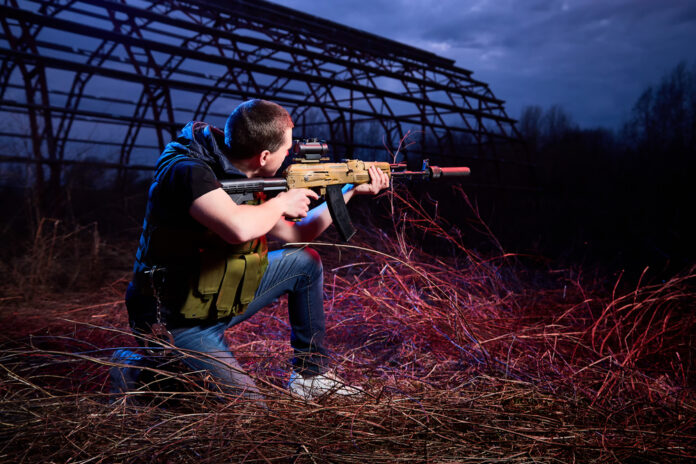 There’s been a long-running debate among the people that care about guns (meaning between pro-gun and anti-gun people) about whether the good guy (or lady) with a gun is a real thing or just a convenient talking point.

For those who really care about minimizing gun injuries and violence, it’s a subject worth looking into. After all, we do want to make sure that we advocate for what really works to minimize violence and death.

Dr. John Lott is one of those researchers who cares about what the data, in context, actually shows, and Lott recently published an article at Real Clear Investigations talking about what the data really shows and how the Federal government and the legacy media omit data and context to push an anti-2A narrative (hat tip to here for the lead). Lott writes,

Evidence compiled by the organization I run, the Crime Prevention Research Center, and others suggest that the FBI undercounts by an order of more than three the number of instances in which armed citizens have thwarted such attacks, saving untold numbers of lives. Although those many news stories about the Greenwood shooting also suggested that the defensive use of guns might endanger others, there is no evidence that these acts have harmed innocent victims.

“So much of our public understanding of this issue is malformed by this single agency,” notes Theo Wold, former acting assistant attorney general in the U.S. Department of Justice. “When the Bureau gets it so systematically – and persistently – wrong, the cascading effect is incredibly deleterious. The FBI exerts considerable influence over state and local law enforcement and policymakers at all levels of government.”

So, Department of Justice statistics are wrong in their numbers, but are they wrong in the conclusions that they lead people to about how to stop active shooters? Again, from Lott:

But many in law enforcement disagree [that stopping active shooters should be left to law enforcement only]. In March 2013, PoliceOne surveyed its 380,000 active-duty and 70,000 retired law enforcement officer members. Eighty-six percent of members believed that casualties from mass public school shootings could be reduced or “avoided altogether” if citizens had carried permitted concealed handguns in those places. Seventy-seven percent supported “arming teachers and/or school administrators who volunteer to carry at their school.” No other policy to protect children and school staff had such widespread support.

Here we have the people who actually have to deal with stopping active shooters (unlike the Department of Justice, in general) saying that they think that armed citizens are the best option to stop active shooters. And we hear from Lott again on this issue:

Similarly, Massad Ayoob, a self-defense advocate who has taught police techniques to law enforcement since 1974, noted: “When a life-threatening crisis strikes and seconds count, the real first responders are the citizens present.”

That says it all.

The fact of the matter is that the people who actually deal with active shooters the most say that it’s a good guy (or lady) with a gun on the scene that is the best chance of preventing an active shooter from killing enough people to be considered a mass shooter. And we should all be looking for ways to minimize those kill counts which means that we should all be advocating for a good person on site with a gun because, yes, they really are out in the world.