Pelosi Called Out For LYING In Congress About Guns 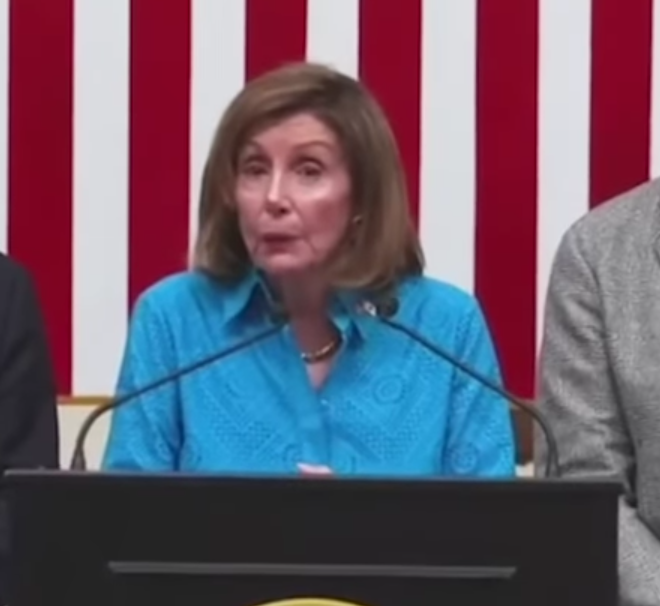 Current Speaker of the House Nancy Pelosi is a controversial figure in American politics right now. To be fair, she’s been controversial to political conservatives for years, but it seems that more and more people who think of themselves as moderates are finding her controversial, too.

Now, I’m not referring to her personal issues that have come up in news programs. I’m sticking purely to her statements as a politician and the positions that she has taken on a variety of issues.

But we’re going to focus on what she has to say about guns here (this is Prepared Gun Owners, after all).

As you may know, Pelosi and company have been pushing hard for gun control on the way to outright gun confiscation. She may say otherwise when it’s politically expedient, but it’s clear to anyone who has been paying attention to that issue.

To make it worse, though, Pelosi and her associates aren’t even being honest about guns. It’s deplorable. Emily Miller writes,

In the effort to get [a Federal assault weapon ban] passed, Biden and House Speaker Nancy Pelosi (D-Calif.) made some grand claims, which they called “facts,” about the previous ban on rifles leading to decreasing crime. But those facts don’t appear to be backed up by evidence.

“Supporters of the bans are calling their assertions ‘facts,’ in an effort to mislead the public,” Lawrence Keane, senior vice president and general counsel of the National Shooting Sports Foundation (NSSF) told The Epoch Times. “Many of the Democratic Members of Congress were purposefully misleading in their assertions that the 1994 Assault Weapons Ban reduced crime. This level of willful ignorance would be comical if the effects of what they are trying to do wasn’t so blatantly unconstitutional.”

“The number of murders with rifles actually increased slightly when the ban went into effect,” John R Lott Jr., the president of Crime Research, told The Epoch Times, referring to data from the FBI’s annual release of reports from law enforcement agencies on homicides by weapon type.

You’d think that she’s afraid that the truth might prevent people from supporting gun control.

Either that, or she hopes that more people get killed. After all, that’s what happened when the ban was in place before.

The lies are horrible, and the American people deserve honesty from their representatives, not lies and political games.

Guns210News176Reviews60Gear26Survival & Prepping25
Previous articleCould You Be The VICTIM Of A Search From The ATF?
Next articleSCARY: Are You On This FBI List? [Video]
Guns