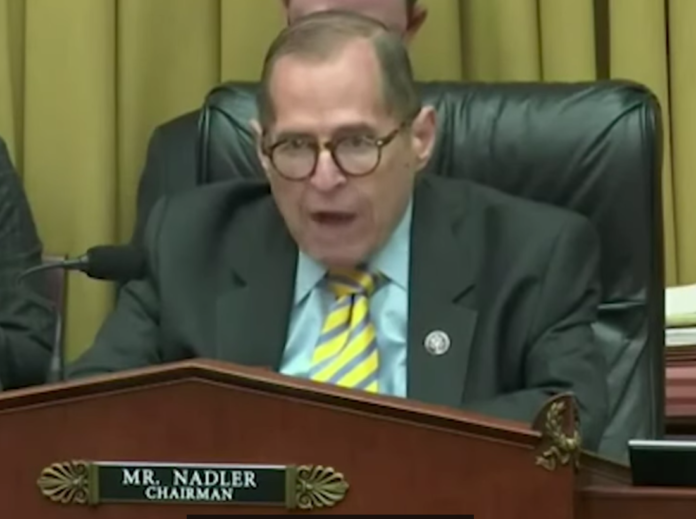 Am I the only one who finds it absolutely appalling when government openly wastes time and our tax dollars? It just infuriates me.

Now, we often see that with spending bills that send money to all kinds of different things, but that’s not what I’m talking about here.

No, the situation that I’m talking about here is when legislators waste time trying to pass a bill that they already know will be thrown out almost immediately because there is already legal precedent from the Supreme Court on that very issue. So, what will happen is that these people will pass a law that will be immediately challenged in court and thrown out.

They could have been using that time (which we’re paying for because they’re on taxpayers’s payroll) doing something productive instead of ridiculous legal posturing.

But, apparently, anti-2A politicians like Representative Jerry Nadler (D-NY) think that it’s perfectly acceptable, even good, to spend time and taxpayer dollars on political posturing to harass legal gun owners, most likely for the purpose of political positioning going into the 2022 midterm elections.

Now, if you think that I’m going overboard with my thinking about this, then, I would recommend listening to an actual lawyer, Colion Noir, talk about this (hat tip to here for the lead). You can watch that video below.

Now, did you pay close attention to that video? If not, take a moment to go back and watch it. It’s less than six minutes long.

At this point (if it wasn’t already), it should be abundantly clear to you that anti-2A politicians don’t care about anything other than power. We can have a discussion about whether they have good intentions, but the fact remains that they continually show over-and-over that, for them, it is all about control and not about anything else.

In other words, they show themselves to be the exact type of politician that the Second Amendment was put into place to protect people from.