You Can Now Have a BACKPACK AR 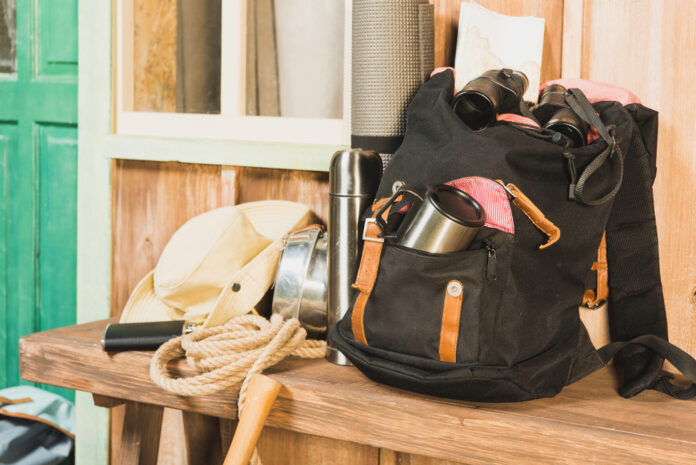 Many people are surprised by how popular the AR-15 platform is in America, and there are plenty of good reasons for that popularity. But, like anything else, an AR is a choice of pros and cons.

One of the cons that some folks don’t consider is the fact that, because it’s not a tiny firearm (unless you’re comparing it to, maybe, a tank cannon), it’s not as easy to carry in a non-obvious manner as, say, a micro compact pistol.

So, what do you do if you want to have your AR with you in a variety of situations but you don’t want it to be obvious that you have it?

That’s the question that Law Tactical set out to answer with their folding stock adapter. Jim Grant writes,

In case you haven’t seen any tricked-out ARs in your entire life, the Law Tactical Folder is simply an adapter for the AR-15 series of pistols/carbines/rifles that allows the stock to fold to the side making the gun more compact. If you don’t really know much about the AR, this will seem fairly unremarkable. But because of the fact that ARs require a receiver extension, AKA buffer tube, this is actually a fairly complex feat of engineering.

See, the buffer tube on an AR captures the buffer which the spring then pushes into the bolt carrier that secures and locks the bolt into the chamber ad thus into battery when the weapon is fired or charged. That means the extension tube is crucial to the operation of the gun. Until the Law Tactical Folder came out, there was no way to reduce the rear portion of the gun without the use of a proprietary extension and buffer. But even then, shooters would only reduce the overall length of the gun by a few inches. Compare that to the folder, which remove the entire length of the stock or brace while only adding about three inches of folding mechanism.

Essentially, this adaption allows you to fold the stock to make an AR-15 small enough, maybe not to carry on your body, but small enough to fit into a backpack. So, why would you want to do that? Grant puts it this way:

Think of it this way, if a fiery, but mostly peaceful protest breaks out and you’re in the middle of it with your family, do you want to potentially fight your way to your vehicle with a 9mm pistol, or a .300blk compact AR?

The answer is obvious, and completely validates the Law Tactical Folder’s $250 MSRP.

Grant has a valid point there, especially in times that look like may become more and more violent over political issues. So, if you’re looking to have a more “concealable” way to access your AR for when you need more protection ability than your concealed carry pistol, the Law Tactical folding stock adapter may be worth considering.