1 Primary Reason To Own Guns Told In One Scary Story 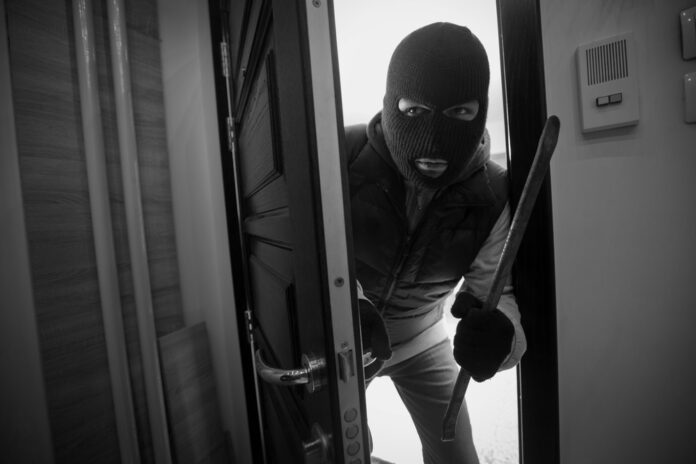 The reasons that people own guns are often very personal reasons. Many legal gun owners are concerned about personal liberty and the possibility (likelihood) of government overreach. Other gun owners hunt to feed their families. Still other gun owners hunt or shoot as a recreational family activity. And, yet, others own guns for self-protection.

Ugochi Iloka gives us details of this ugly situation:

Police said an older woman reported hearing a knock at her door when she saw the man dressed to look like a nurse or home health care worker on her porch.

Police said he tried to use that look to get in the home, instead of forcing entry.

When the disguise didn’t work on a woman inside the home, she called her son for help, according to police.

The son told officers he rushed home and found by that time he arrived, the man had broken in the door.

HPD said the son shot and killed the intruder as he was trying to breaking into their house.

Rob Morse, on reviewing this particular story, has some thoughts about how we can prepare for if we’re ever caught in a similar situation. Morse writes,

We want to completely avoid that possibility by watching the police enter our home as we’re sitting on the back deck of our neighbor’s house sipping a soft drink.. or maybe something stronger.

Most armed defense happens at and near our home so it is worth thinking about what we should do. Right now when our heart isn’t racing with excitement, we have the luxury of considering how to defend our family. What should we do if the bad guy is standing near our loved one’s bedroom door when we catch up with the bad guy? We probably don’t want to shoot in that case since we could send bullets through the bad guy and on into a loved one’s room.

Take an analytical walk-through of your home at night. Where would the bad guys come in? Do the electronic appliances like the microwave or the TV give off enough light to see an intruder? I’m a big fan of turning on the room lights but some people disagree.

No matter how we do it, we want to see the intruder and identify that he is a threat before we decide to shoot. We’ve had too many stories of the mentally ill neighbor or the drunk relative trying to get into the wrong house. We may be legally justified in shooting them, but I’d go a long way to avoid it. In fact, I’d use lethal force as a last when I had no other way to protect innocent people. Please let that weigh on your heart a while before you decide what you’ll do late at night.

There’s a lot to think about here. One of the primary things is that, thankfully, this lady’s son had his firearm with him and was able to get to her home quickly before the burglar could hurt her. But there are a lot of other things to consider here such as Morse’s advise to think about how you could prevent ever having to shoot int he first place, which is always the preference, if you get to choose.

Stories like these should make us sober about the use of guns and should cause us to think about how we can set up situations so that we don’t need to use them. But better to have a firearm when you need it than to be disarmed because some anti-2A zealot thought they knew what was better for your life.