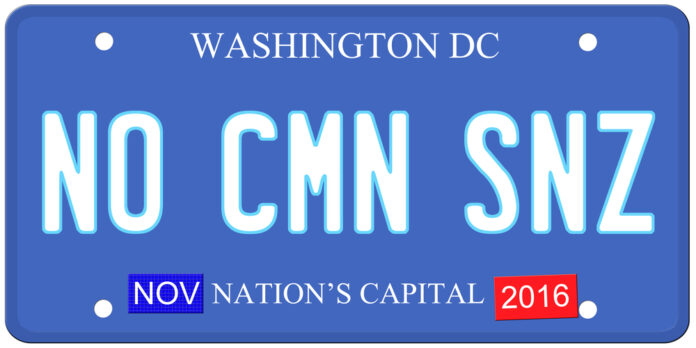 Common sense is a rarity in politics. It’s almost non-existent, really, and when you go to our nation’s capitol or to most large cities in the U.S. and talk about how to reduce violence, especially gun violence, common sense goes completely out the window.

Now, before you think that I’m just being grouchy and picking on anti-gunners (both of which are often true when I write these pieces), let’s look at a real-life example that just happened today (yes, the day that I’m writing this).

What we’re going to talk about is a horrible thing that happened in an area with some of the strictest gun control in the country.

Now, before we get into those details, you need to know that CNN defines a mass shooting as “a shooting that injured or killed four or more people, not including the shooter.” To be clear, we’re talking about a mass shooting today, and Zachary Stieber gives us the awful details:

A manhunt is underway for a suspect who shot 10 people and injured six others in New York City on April 12, authorities say.

The suspect, described as a black male standing 5’5″, donned a gas mask on a subway as the train pulled into the 36th Street Station in the borough of Brooklyn, according to police officials.

The man then opened a canister, which filled the train with smoke.

Soon after, the man opened fire, striking people on the subway and on the platform.

But you might be saying, “I thought that guns were notoriously hard to get in New York City!”

You’re right, guns are very hard to get legally in New York City, but that doesn’t mean that it’s hard to get guns.

That’s always true of a gun control zone like New York City: criminals never have a problem getting their hands on guns to commit crimes with. It’s only self-protection minded people who are trying to follow the law that are barred from getting guns.

So, guess who has the guns in those situations? If you answered only the gangs and the government, you’d be right.

Guns210News176Reviews60Gear26Survival & Prepping25
Previous articleCould We Be On The Verge Of A HUGE 2A Breakthrough?
Next articleBREAKING: Biden Goes Full HYPOCRITE To Violate Americans’ 2nd and 4th Amendment Rights
Guns