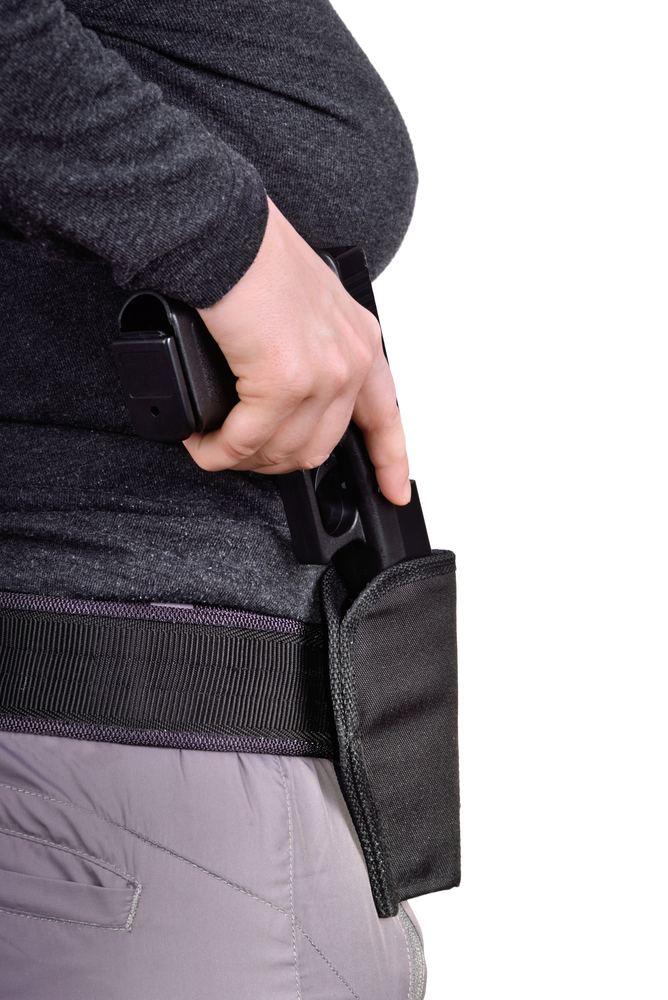 Most people who carry concealed like the idea of carrying a smaller firearm. It’s easier to conceal, right?

One difficulty with small firearms has been the carrying capacity. Several manufacturers over the last few years have released higher capacity micro-compact pistols to deal with this challenge.

The other big issue for many people, though, is the accuracy and recoil of smaller firearms. The smaller the firearm, the more felt recoil and the more difficulty it is to both get a good shot and to get back on target.

The reason for that comes down to simple physics. John Correia writes,

First and foremost, it’s harder to shoot a smaller gun than a larger one. Just accept that reality right now. You’ll have to work harder and concentrate more when shooting to fight the physics disadvantages the small gun brings to the table.

These small guns are easy to conceal, but much more difficult to shoot.

Newton’s Second Law says that the acceleration of an object, like a handgun, is equal to the force on the object divided by the mass of the object. The force exerted is caused by the gunpowder going off, which is the same no matter the gun it’s in and therefore is constant. But since that tiny gun has less mass, the divisor is smaller and so the acceleration is greater, translating into more felt recoil. There’s nothing else you can adjust in that equation but to make the gun heavier, making it harder to carry.

Correia has four ways that you can maintain better control of your pistol and, therefore be more accurate with your shots. Those are:

You’ll notice that all of those steps have to do with you and how you grip your pistol when you aim and fire it. That may surprise you, but it really shouldn’t. How you fire, including your grip, is more important than what you fire (assuming that you have a firearm that isn’t damaged or otherwise potentionally dangerous (to something other than the target) to shoot).

It comes back to firing technique and getting proper training and practicing. And that’s all completely within your control.