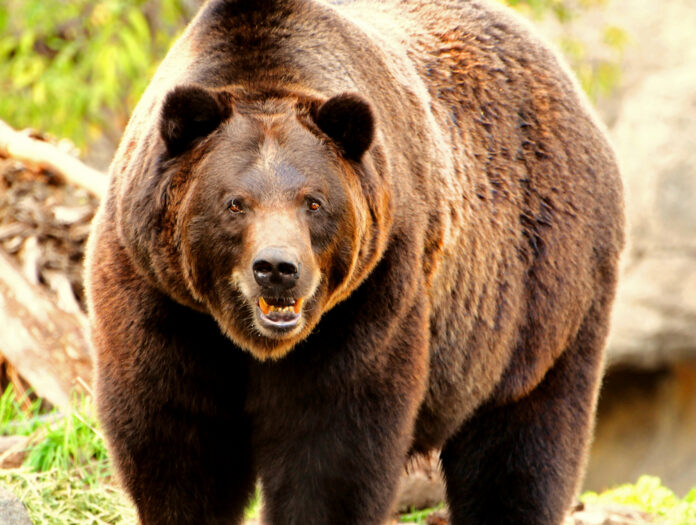 Why? Possibly because humans are the apex predators on this planet. Or maybe because, being human, they understand how dangerous other human beings can be.

While that’s true, it’s worth noting that self-protection goes beyond humans to protecting yourself from attacking animals if you find yourself in that situation. That, unfortunately, is the situation that two men found themselves in. Dean Weingarten writes,

On September 13, 2011, two bowhunters were hunting for elk in a wild part of Wyoming, on the boundary of the Shoshone National Forest and the Bridger Teton National Forest.

The two hunters had traversed about 300 yards upslope to return to their vehicle [after seeing a grizzly bear]. They heard a crash. Believing it might be an elk, they saw two bears running at them. Hunter One was climbing another downed tree trunk when he saw the larger bear change direction and attack Hunter Two.

Hunter Two had seen Hunter One darting up the downed timber, and the bears coming at them. Hunter Two ran to climb a downed tree near Hunter One, tossing his bow to facilitate his ascent. Hunter Two slipped and landed on his back, looking up to see the larger bear looming over him. He brought up his foot to kick at the bear, and the bear grabbed his right ankle. He yelled at Hunter One to shoot the bear!

At this point, Hunter One had drawn his .38 [special] revolver. He fired two shots as the bear attacked Hunter two. The bear disengaged from Hunter Two, fell down, and started to come up toward Hunter One. Hunter One fired another shot at the bear, and it went down for good. Hunter One reported all shots were fired from six feet or less.

Now, to give more context to what I’m going to tell you in a moment, you need to understand how .38 special ammunition compares to .380 ammunition, which is the “weakest” ammunition that many people think that one should carry for self-protection. Many women carry .380 caliber pistols for concealed carry purposes because they are small. Kevin Creighton writes that “[t]he penetration of 380 vs 38 Special in gel is almost the same.”

Which brings us to our point: if a “weak” caliber handgun ammunition can be used to drop a huge grizzly bear, then, any caliber firearm that you are likely to buy for self-protection purposes will likely do the job if (and this is, maybe, the even more important point), you can shoot accurately to stop a threat.

In other words, caliber isn’t so much the issue in stopping a threat. Accuracy in your targeting (and being willing to pull the trigger when you have to) is the important thing.

Guns210News176Reviews60Gear26Survival & Prepping25
Previous articleSeeing Who Backs Biden’s SCOTUS Pick Tells You All That You Need To Know
Next articleWhy Didn’t We Hear About This Gun Crime?
Reviews