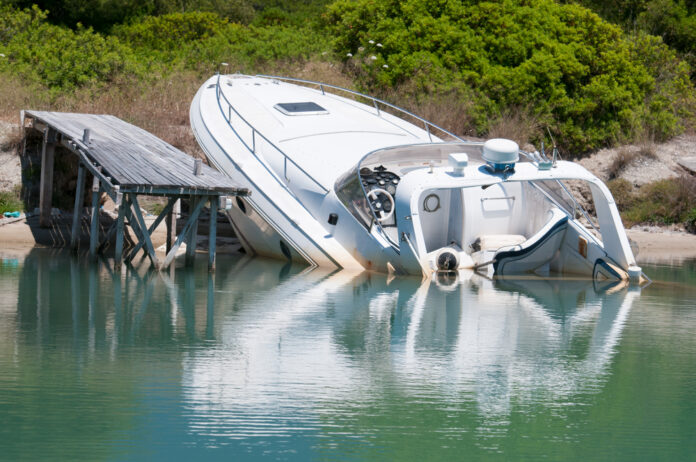 There’s a joke that’s been making the rounds since it became clear that Biden was taking office in 2020. You’ve probably heard it.

The joke goes that if the Biden administration implements gun confiscation in the U.S. (which it seems pretty clear that they’re itching to do), many gun owners will have to report to law enforcement that they no longer have their firearms because those guns were lost in an unfortunate boating accident (which put the guns at the bottom of the lake).

It’s funny because it points out how serious gun owners are about keeping their guns out of the hands of the government and also because of the sometimes absurd lengths people go to in order to do what they want with their lives.

One boy in Florida, though, found out that, sometimes, jokes may be based on a true story. Sarah Sicard writes,

Over a balmy winter weekend in South Miami-Dade, Florida, a young boy and his grandfather set out to fish along a canal. What they reeled in weren’t fish, but holy mackerel were they a catch.

Smith and Cadwalader went out with magnetic rods after viewing a YouTube video on it, and decided to drop lines in the C-102 canal.

“We ended up with two pounds of scrap metal and 40 pounds of gun,” Smith told the Miami Herald, adding, “I figured, since it was our first time, this was beginner’s luck.”

But luck struck twice, and the pair pulled up a second rifle one drop after the first.

The grandfather called law enforcement, and the rifles are being reviewed by a forensics lab, most likely to see if they were used in a crime (and, therefore, dumped in the canal to cause evidence about the crime from getting to law enforcement).

This is probably an experience that this young boy will probably never forget.

And, maybe, boating accidents (or, at least, “equipment” lost on the water) has a history of keeping guns from prying government eyes already.

Guns210News176Reviews60Gear26Survival & Prepping25
Previous articleAnti-Gunners May Love These, But We Need Answers To 2 Questions First
Next articleWould Joe Biden Rather See This Man Dead?
Guns