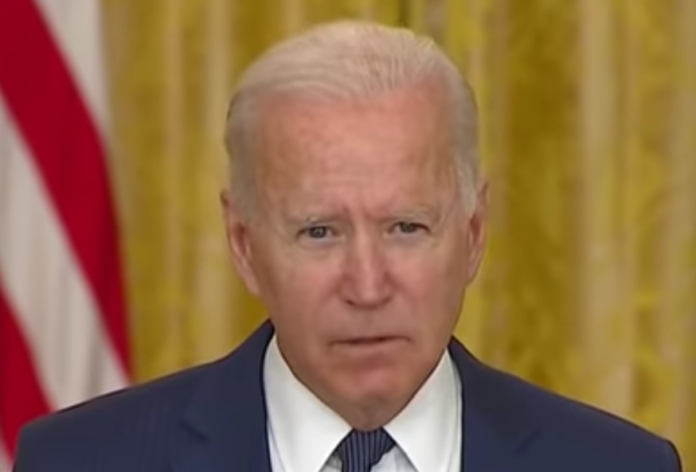 If you only watch the mainstream media, then, you might actually buy into Joe Biden’s ludicrous claims during the 2020 Presidential election that he supports gun rights.

Now, the truth is that the only gun rights that he supports are the rights of his armed bodyguards and people working for him to have guns.

If you even question whether this is actually true, then, you may want to get a refresher on Biden’s history of statements about gun rights such as the article here which quotes Biden saying that people that believe that the purpose of the Second Amendment is to prevent government tyranny are wrong because “if you’re going to take on the government, you need an F-15 with Hellfire missiles. There is no way an AK-47 is going to take care of you.”

But proof that Biden is wrong about this comes from a most unlikely source: a columnist and editor for the famously left-leaning Washington Post. Mark Finkelstein writes,

Wait! Was that an NRA spokesman on Morning Joe today, making the case for the Second Amendment?

Nope, turns out it was actually David Ignatius. But the hyper-establishment Washington Post columnist/editor and Morning Joe foreign-policy maven unwittingly made a strong case for the right to keep and bear arms!

Commenting on the price Putin would pay if he ordered an invasion of Ukraine, Ignatius said:

“He’s going to face a guerrilla warfare, extended partisan warfare in Ukraine. There — I counted 400,000 people who’ve received some kind of militia training. There are a million guns floating around Ukraine. I mean, it’s a place where it’d be hard to subdue the population.”

That’s right, Ignatius said that Putin would have difficulty taking over Ukraine because of all of the guns there.

And in case you’re wondering, GunPolicy.org estimated that the number of guns in the Ukraine in 2017 in private hands was 4.396 million. GunPolicy.org estimates the number of privately held firearms in the U.S. is 265 million, on the estimated low end to 393.347 million on the high end. Put plainly, the U.S. has somewhere between 60 and 89 times more guns than the Ukraine.

So, tell me again, Mr. Biden, how you would be able to deal with an armed uprising of U.S. citizens when Russia can’t handle a tiny fraction of that many firearms in private hands in Ukraine.

I’m thinking that Biden doesn’t really think that he has the ability to overrun America’s gun owners, but he’s trying to intimidate legal gun owners into tolerating Biden’s ridiculous policies.

Maybe someone should tell him that it’s not working.