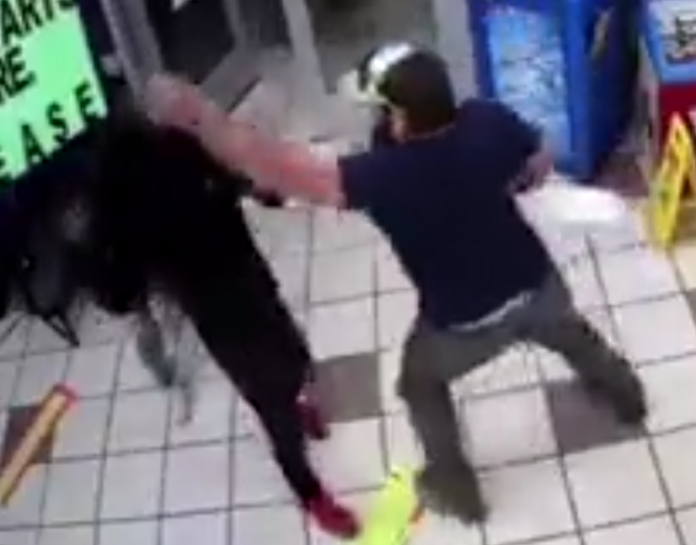 We obviously talk about guns a lot on this site (it is Prepared Gun Owners, after all), but if you’re going to be truly prepared, then, if we’re being honest, that means that you need to train for self-protection with more than just your gun in mind.

Having said that, though, there are times when you may not have your firearm on you, or you may not be able to get your hands on your weapon quickly enough to deal with a threat. Or, like in this video, it may simply be that the quickest and most direct route to dealing with a potential gun violence situation is to deal with the other person who has a gun without pulling your firearm.

A twenty second surveillance camera video out of Yuma, Arizona, gives an example of exactly that kind of situation (hat tip to here for the lead). You can see the twenty second video below.

As you watch the video, notice that this guy didn’t give any indication that he intended to resist until the aggressor with the gun was within arms reach, and, then, he moved immediately. According to Ashley Loose with ABC15, he said to law enforcement after the incident, “The Marine Corp taught me not to [mess] around.” I’m thinking that he probably used a less “family friendly” word that “mess.”

This situation is a perfect example of how to deal with a situation in which you can’t get to your gun (or can’t get to it fast enough). You don’t do anything to tip off the aggressor, and, then, when they are within reach, you move the vector of the gun (the direction that the round would go if fired) and deal with the aggressor quickly and decisively. No hesitation here.

And while this video gives a great example of how to deal with this kind of awful situation, it also shows why you need to train to be ready to do this same kind of thing to protect yourself and your family.

Guns210News176Reviews60Gear26Survival & Prepping25
Previous articleWill This Case Be The Breakthrough Case 2A Supporters Have Been Wanting?
Next articleHow Anti-Gunners Are Manipulating Statistics To Lie About 1 Type Of Firearm
Survival & Prepping

Why Is Everyone Taught 1 DANGEROUS Focus In Gun Disarms? [Video]