Will This Case Be The Breakthrough Case 2A Supporters Have Been Wanting? 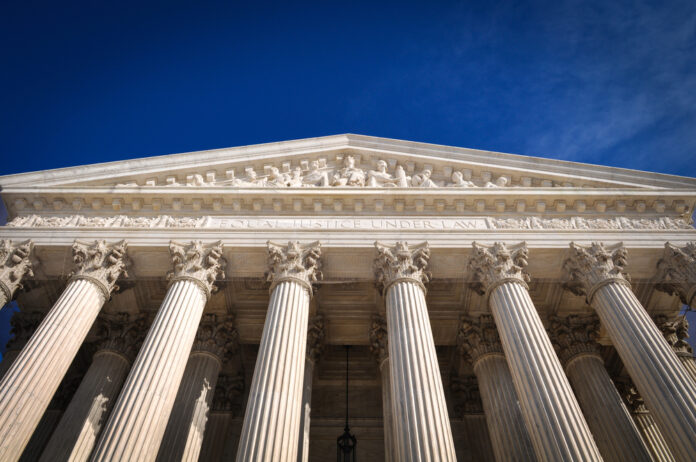 Supporters of the Second Amendment in the United States have been waiting (quite literally) their entire lives to have free, unrestricted access to their Second Amendment rights which would mean the right to carry their firearms, openly or concealed, anywhere in public areas (yes, including government buildings and properties such as parks).

I’m not kidding that we’ve never really had unrestricted use of our Constitutional Second Amendment rights in every state in my lifetime.

Now, though, there is a case coming up before the U.S. Supreme Court which may make a big dent in anti-gunners’ efforts to steal more of our rights. Lee Williams writes,

Can the government stop you from carrying a concealed handgun in public? That’s the question before the United States Supreme Court in New York State Rifle & Pistol Association v. Bruen: “Whether the Second Amendment allows the government to prohibit ordinary law-abiding citizens from carrying handguns outside the home for self-defense.”

As the petitioners pointed out in their petition for writ of certiorari, “Perhaps the single most important unresolved Second Amendment question after this Court’s landmark decisions in District of Columbia v. Heller, and McDonald v. City of Chicago, is whether the Second Amendment secures the individual right to bear arms for self-defense where confrontations often occur: outside the home.” Petitioners argued that the “text, history, and tradition” of the Second Amendment do indeed secure this right.

On its face, this is a simple case. New York has had a handgun licensing system for more than 100 years. Nowadays, New York prohibits its citizens from carrying a handgun outside of their home without a license, and it requires license applicants to convince a licensing officer they have “proper cause” to carry a concealed firearm. In reality, unless they’re a celebrity, judge or other VIP, nearly all license applications are denied.

The Second Amendment Foundation filed an amicus brief in this case joined by a dozen state firearms associations. The brief lays out the history of why concealed carry is a core Second Amendment right. Scores of other pro-gun rights groups also filed friend-of-the-court briefs. These groups are optimistic about this case. Otherwise, they argue, the Court’s conservative majority would not have agreed to hear the case.

So, what does this mean for the rest of us if the New York State Rifle & Pistol Association wins their case? Well, that depends on how broadly the court wants to apply the decision which can mean anything from saying only that the plaintiffs have had their rights violated and must, now, be given the right to own and carry a firearm in the State of New York to making a more broad ruling that all may-issue firearms permits are unconstitutional. This latter situation would make current will-issue states into shall-issue states which would, to a large extent, make firearm ownership obtainable by anyone in the U.S. who isn’t otherwise prohibited from owning a firearm (felons, etc.).

Obviously, we hope for the broader application of a ruling to protect Second Amendment rights nationwide, but we’ll have to see what happens.

Still, there is the real potential for the ruling on this case to fundamentally change gun ownership in states with strict gun control so that Americans can defend both their families and themselves.

Guns210News176Reviews60Gear26Survival & Prepping25
Previous articleSHAMEFUL: ‘Human Rights’ Group Makes Bogus Legal Claim To Try To Take Away Your Guns
Next article20 Second Video Shows Why You Need To Train With More Than Your Gun In Mind
News