The Case For Holding These People RESPONSIBLE For Their Own Actions 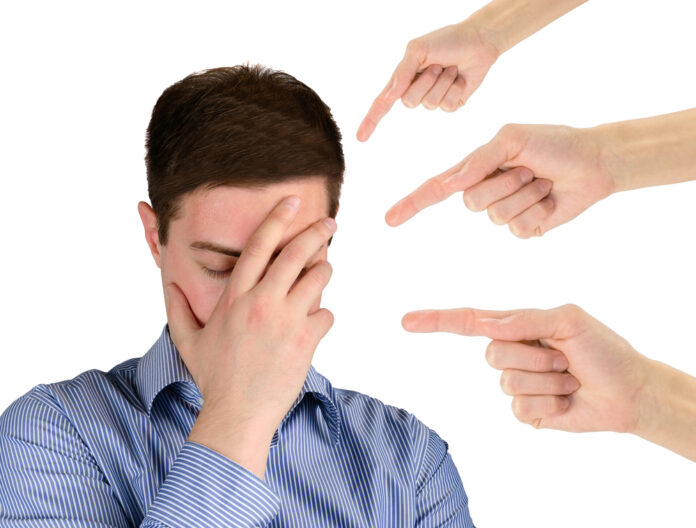 One of the most infuriatingly stupid ideas that anti-gunners have is that guns are the problem. They keep saying that if there were fewer firearms out in society, then violence would decrease in society. Never mind that violence in London actually increased to levels above New York City’s violence levels when guns were banned there.

By anti-gunner logic, those pesky knives were really the problem and were much more aggressive than guns, apparently. (On a side note, the next step that the government in the U.K. took was to move towards banning knives. I’m not kidding.)

Anti-gunner logic is so fixated on the guilt of guns that they want to hold firearms manufacturers responsible for the actions of violent people who would have found ways to do harm even if they hadn’t been able to get their hands on guns.

But any reasonable person will ask: What about the uses of firearms for self-protection? Does the gun get credit for being the “good gun” instead of the “bad gun” in those instances? Anti-gunners don’t like to talk about that because it doesn’t support the story that they want to push.

June 4, Wasilla, Alaska: An intoxicated man wielding an ax forced his way into a woman’s home and threatened to kill her, police said. The woman drew her handgun and shot the intruder, who was transported to a local hospital with non-life-threatening injuries. Police were considering charges against the intruder.

June 8, Mount Oliver, Pennsylvania: A woman’s ex-boyfriend confronted her outside her apartment complex, damaged her car, and tried to force his way into her apartment before he was shot by an armed guest who came to the woman’s aid. The wounded ex-boyfriend fled in his vehicle but later was found by police.

June 10, Harris County, Texas: A pregnant woman fatally shot her boyfriend when he assaulted her during an argument, police said. Several children ranging from ages 10 to 17 were inside the home at the time, but not harmed. The woman’s injuries were “consistent with an assault,” police said, and she was taken to a hospital for treatment.

June 30, Clinton, Louisiana: A 12-year-old boy used a hunting rifle to defend his mother against an armed intruder who had forced his way into their home. Police said that after the intruder threatened the boy’s mother during a struggle, the boy retrieved the rifle and fatally shot him.

Now, anti-gunners, by arguing that we need to ban guns to reduce gun violence, are, in effect, arguing that all of the people mentioned above, and the thousands of others who defend themselves using a firearm each year, would be better off getting assaulted and/or murdered.

The five examples above are examples of the exact reason that we should hold attackers responsible for their actions and not the firearms. The firearms never act on their own. The attackers are the ones who initiate the violence.

So, instead of making Americans, like the people above, defenseless against violence, the right answer is to hold the violent responsible for their actions. End of discussion.