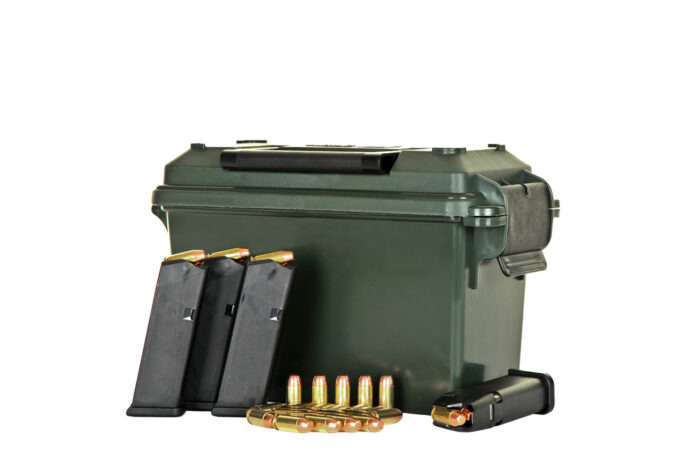 You may remember the horrific mass shooting that happened at a Colorado supermarket a few weeks ago (see here for details, if you’re unfamiliar with the case).

This was an absolutely horrible situation that shouldn’t have happened, and if anyone had been armed on site, it could have ended much sooner with much fewer lives lost. Sadly, that is the typical situation at scenes of mass shootings (there are numerous documented incidents in which a good guy or lady with a gun stopped a would-be mass shooter from killing lots more people).

But a recent detail about the Colorado mass shooting calls into question other popular gun control policies. Colleen Slevin and James Anderson write,

The man accused of killing 10 people at a crowded Colorado supermarket last month armed himself with 10 high-capacity ammunition magazines, devices banned in the state after previous mass shootings, a prosecutor said Thursday.

The high-capacity magazines were banned in Colorado after the 2012 mass shootings at a suburban Denver movie theater and at Sandy Hook Elementary School in Connecticut.

Although the magazines can’t be sold, people in the state can still buy the parts for the magazines at some gun stores and assemble them on their own, at which point it is illegal to possess them.

The magazines were found on Alissa and in a car parked outside the King Soopers store in Boulder after the March 22 attack, Dougherty said. He declined to say how many unused bullets investigators recovered and did not say how many bullets the magazines seized could hold.

So, wait, it’s been illegal to possess high capacity magazines in Colorado for the last nine years, but this guy had ten of them? How can that be since passing a law magically makes everyone obey that law?

If you didn’t notice my sarcasm, let me be blunt: gun control doesn’t work because people with evil intent can always find a way to get their hands on weapons and do evil things. All gun control of any sort does is make it more difficult for non-law enforcement people who wish to keep themselves and other people safe from doing so.

Guns165News138Reviews51Gear25Survival & Prepping23
Previous articleWhat Is The Best ‘Survival’ Gun For A City Slicker?
Next articleThe Case For Holding These People RESPONSIBLE For Their Own Actions
Gear