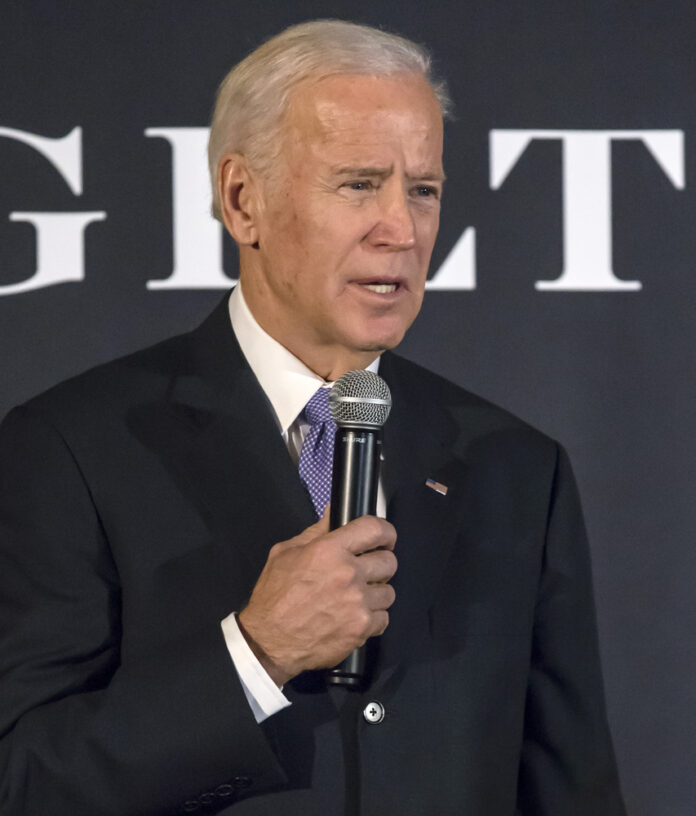 Joe Biden made it abundantly clear, to anyone paying attention, how anti-gun he was during the 2020 Presidential campaign. Yes, even though he kept saying how pro-gun he was, it was obvious by his close association with Beto O’Rourke and his choice of anti-gun zealot Kamala Harris as a running mate.

His friends revealed who he was even though his words tried to contradict that truth (sometimes).

But, now that Biden has been in office for nearly seven months, he is finally being honest enough to admit his real end game. John R. Lott, Jr. writes,

If there was any doubt that President Biden wants to ban the vast majority of guns in the United States, he again clarified his position last week.“The idea you need a weapon that can have the ability to fire 20, 30, 40, 50, 120 shots from that weapon — whether it’s a — whether it’s a 9-millimeter pistol or whether it’s a rifle — is ridiculous,” Biden said at a televised CNN town hall meeting. “I’m continuing to push to eliminate the sale of those things, but I’m not likely to get that done in the near term.”

The president’s gun control proposals will make guns so expensive and difficult to obtain that only the extremely wealthy will be able to afford to own one legally. While the news media assures Americans that Biden just wants “reasonable” regulations, Biden made the scope of his true ambitions clear during the campaign. At a high-dollar private fundraiser in Seattle in 2019, he said: “Why should we allow people to have military-style weapons, including pistols with 9-mm bullets and can hold 10 or more rounds?”

When Republicans pointed out that this goal was tantamount to banning most modern handguns, liberal PolitiFact quickly came to Biden’s defense. The fact-checking site did so again last week.

The basis of this conclusion, Greenberg wrote, is that the popular Sig Sauer P365 cannot accommodate more than 10 or 15 rounds. This is untrue. Although that is how the pistol comes from the manufacturer, this gun and virtually all semiautomatics can use bullet magazines that extend well below the pistol grip. The model Greenberg referenced can actually use magazines that hold 20,30, or even 50 rounds.

Presumably, PolitiFact believes that Biden’s proposed ban would only apply to guns based on their “standard magazine” size. But Biden himself wasn’t ambiguous. He talked about banning pistols based on their “ability to fire” or that “can hold” so many rounds. When he mentions “military-style weapons including pistols,” the president is talking about the gun themselves. He also wants to ban so-called assault rifles, regardless of how many rounds their standard magazines hold, and he lumps those guns together with pistols. More than 85 percent of handguns in the United States are semiautomatics and would be banned if Biden has his way.

The nation’s top elected Democrats do not usually openly talk about banning handguns, but their proposals aim to accomplish just that. Biden has also proposed making gun manufacturers civilly liable for any misuse of firearms that they sell. That means people could sue manufacturers and sellers whenever a crime, accident, or suicide occurs with a gun—and would effectively put them out of business.

Normally, in such “product liability” litigation, a manufacturer must produce a defective product or violate the law in some way. But to run afoul of this proposed statute, gun makers need not do anything wrong at all.

That’s right, Biden finally all but admitted that he wants to completely strip gun rights from Americans who want to legally own firearms (because you know that criminals aren’t going to pay attention to gun control laws any more than they do now. Which is to say that they don’t.).

The really scary part is that anti-gunners, while thinking that they are doing something to save lives, will actually cause murder rates to increase by stripping so many law-abiding citizens of the ability to protect themselves.

They should be ashamed of themselves. But, unlike anti-gunners, I’m not delusional, so I’m now holding my breath waiting on that.

Guns207News175Reviews60Gear26Survival & Prepping24
Previous articleIs This Police Chief Right About Open Carry?
Next articleSmith & Wesson Has A New Tactical Rifle For You
News