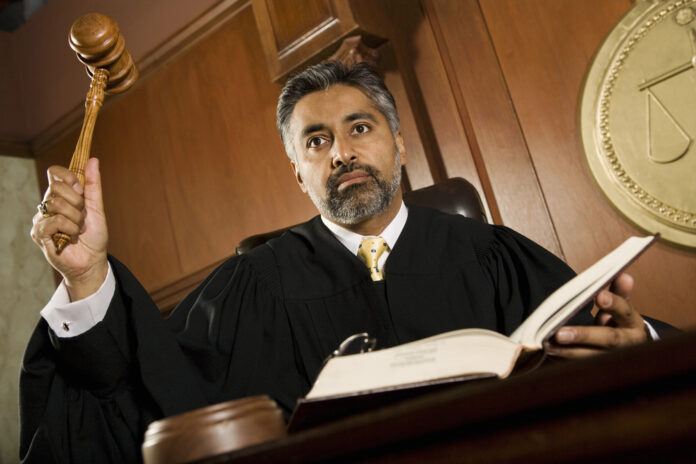 Anti-gunners are the busy bodies of the modern era.

You know what busy bodies are, right? They’re those people who, even though they don’t have their act together in any part of their lives, want to stick their nose in everyone else’s business and, if possible, shame (or otherwise manipulate) those other people into doing what the busy body thinks is the right thing to do. Even though the busy body can’t get their crap together.

Describes anti-gunners to a “T,” doesn’t it?

The busy body factor in anti-gunners is so bad, in fact, that anti-gunners (some not even based in that state) tried to ban gun sanctuaries in one state by going to a judge to rule even though no court case had been put forth. In other words, they didn’t want a court case; they wanted an quick ban from a sympathetic activist judge. But that didn’t work out for them so well. Jack Phillips writes,

An Oregon county judge has dismissed a case that challenged two gun-rights measures that were passed by voters.

The Columbia County Board of Commissioners asked the court to review the Second Amendment Sanctuary Ordinance (SASO) and Second Amendment Preservation Ordinance (SAPO), which were adopted by the county’s commissioners. Then, Oregon attorney general and lawyers from Everytown for Gun Safety, a gun-control group, issued their own filings and argued the ordinances violated federal and state laws.

But Columbia County Judge Ted Grove ruled […] this week that “while a governing body may seek review of an ordinance … judicial examination still requires a justiciable controversy.”

“Petitioners have not demonstrated such a controversy,” the judge added and said they “seek what amounts to an advisory opinion designed to invalidate their own newly passed ordinance.”

The judge’s decision didn’t address the legality of the measures, which bars Columbia County—located in the northwestern part of Oregon—from enforcing many state and federal gun-control laws.

According to the text […] of the ordinance, it “preserves the right of any person to keep and bear arms as originally understood; in self-defense and preservation, and in defense of one’s community and country, and to freely manufacture, transfer, sell and buy firearms, firearm accessories and ammunition … and protects ancillary rights that are closely related to the right to keep and bear arms protected by the Second Amendment.”

That’s right, anti-gun busy bodies like Everytown for Gun Safety tried to stop gun right santuary status from even being an option even though Everytown is New Yorker Michael Bloomberg’s pet organization.

So, this judge did the right thing by, basically, saying that he wouldn’t be a pawn for those pathetic anti-gun busy bodies.

We need more judges with that kind of common sense and sense of restraint on the bench in the rest of the country, too.