Which Concealed Carry Position Is Best? 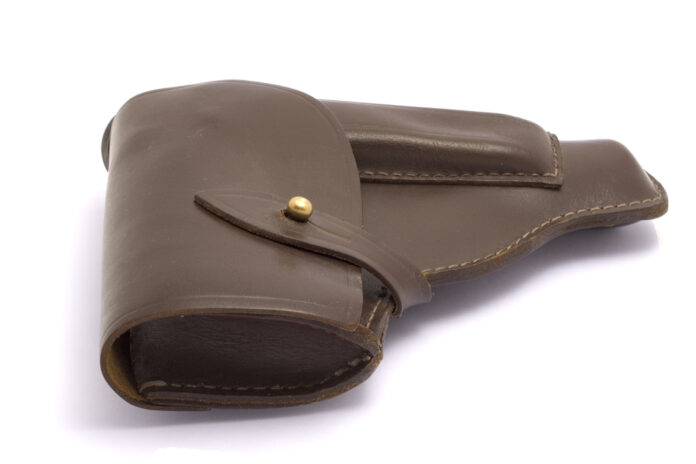 One of the most controversial topics among people who carry concealed is which carry position is best?

You have so many to choose from as you can carry a firearm on nearly any part of your torso and also on limbs, not to mention carrying in a purse or bag to keep the firearm concealed.

So, which position makes the most sense to use? A writer going by Matt E has a some opinions on this subject that you may want to consider. Matt E writes,

Often times I will get a number of questions about a certain type of carry style. Whether it’s carrying in a pocket or a shoulder holster, there will always be pros and cons to each method of carrying a concealed firearm. Every rating is based on my personal experiences as well as a number of colleagues that all collectively came down to this list. It’s perfectly acceptable to disagree with the rating […].

One of the most common methods of carry in the community is the Inside The Waistband or Appendix Inside The Waistband. There will be plenty of controversies around which method of inside the waistband carry is the better choice but for this article, I decided to lump them together. In terms of support and variety of options, carrying in an IWB holster has one of the highest choices for options as well as accessories. Whether it’s foam spacers, secondary claws or belt clips, there are plenty of ways to create your perfect carry holster. Another great option about IWB holsters is the consistency of carrying in the same position day in and day out.

Whether it’s upfront in an appendix side or riding on your strong side hip, there’s typically no movement after initially putting it on. I will typically use my pants belt loop as a reference point which makes it extremely easy to train a consistent draw out of the holster every time. The biggest advantage someone can have in a self-defense situation is having a consistent draw and getting the firearm on target as fast as possible. For most individuals, carrying in an IWB holster is the easiest way for a consistent draw but there are other carry options that make it easy to draw quickly with little effort. The IWB group of holsters in my opinion is the jack of all trades that does both concealment and consistency when carrying every day.

Matt E goes on to say that he next prefers outside the waistband carry due to comfort, then, pocket carry due to the convenience (just put the gun in a holster and slide it into a pocket), though, he disliked limitations that pocket carry placed on the size of your carry firearm.

Last on the list, Matt E places small of back carry and ankle carry. These are at the end of the list due to lack of concealment for small of back and lack of ease of quickly drawing the weapon for ankle carry due to how far the ankles are from your hands.

Matt E didn’t mention bag/purse/briefcase carry at all, and I would find that a less than ideal way to have your firearm with you in a non-visible situation as you may lose the bag or you may not be able to quickly access the firearm in the bag.

Of course, as Matt E noted, much of these ratings is going to be influenced by personal preference and personal experience, so you may very well rank these carry positions in a very different order than Matt E did. If that’s the case, we’d love to hear your preferred concealed carry position and why you favor it. Please comment below.