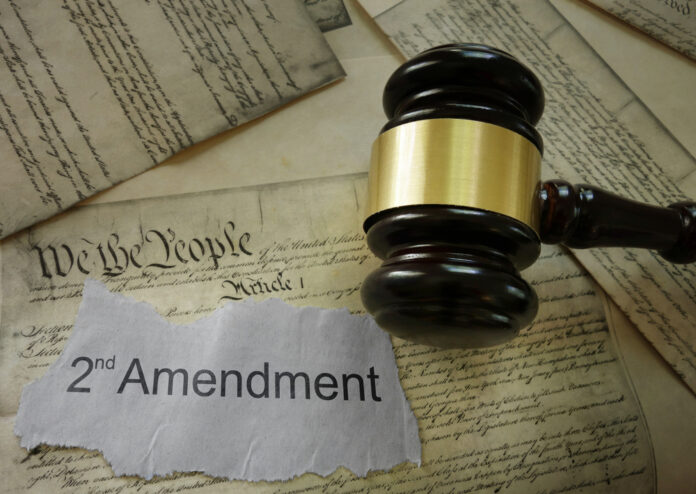 One of the infuriating things about being able to read in America is that you have the opportunity to read the Second Amendment in all of its clarify. And, while I’m being sarcastic overall, I’m completely serious about how clear the Second Amendment is. In fact, it’s so clear that people have to add stuff to it in order to change its meaning to something that they would rather that it mean (see the short video at the bottom of the page here if you need clarification on the meaning of the Second Amendment).

Really, if you can read, then the Second Amendment is perfectly clear.

But another politician (you can guess from which political party) says they’re for the Second Amendment while, at the same time, betraying it. Allen Zhong writes,

Louisiana Gov. John Bel Edwards has vetoed bipartisan legislation that would have nixed the permit requirement for carrying a concealed handgun.

The governor, a Democrat, said he’s a strong supporter of the Second Amendment and an “enthusiastic outdoorsman and hunter,” but he can’t support permitless concealed carry.

“I simply cannot support carrying a concealed carry firearm without proper education and safety training,” he said in a statement. “Our current system strikes the right balance of ensuring that people can bear arms while also keeping reasonable permitting and training processes in place. … Simply put, it is not too much to ask that a person who wishes to carry a concealed weapon in public be required to attend basic marksmanship and safety training so they understand the regulations associated with such an action.”

“For these reasons, I have vetoed the permitless carry bill.”

Louisiana is so pro-gun that even Democrats in their legislature support a bill that moves that state closer to Constitutional carry (the limitation being that people who are not permitted to carry firearms still aren’t allowed to do so).

With that much of a pro-gun culture in the state, I wonder if this governor is going to stay in office after the next election. Personally, I have my doubts.

Guns210News176Reviews60Gear26Survival & Prepping25
Previous articleSmith & Wesson Has A New Tactical Rifle For You
Next articleIs THIS How Biden Plans To Confiscate Guns?
Guns